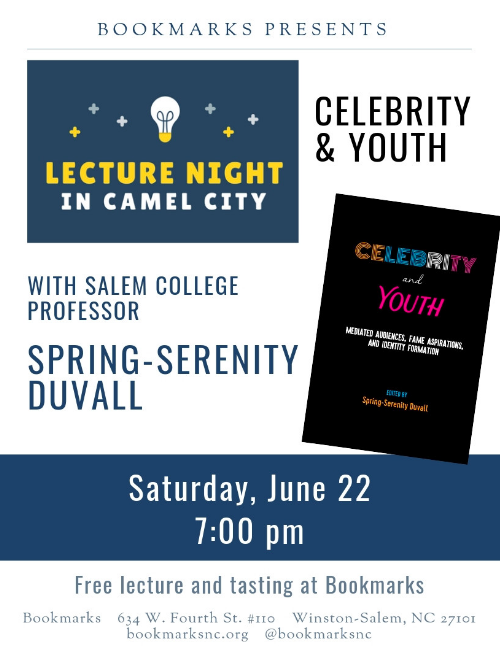 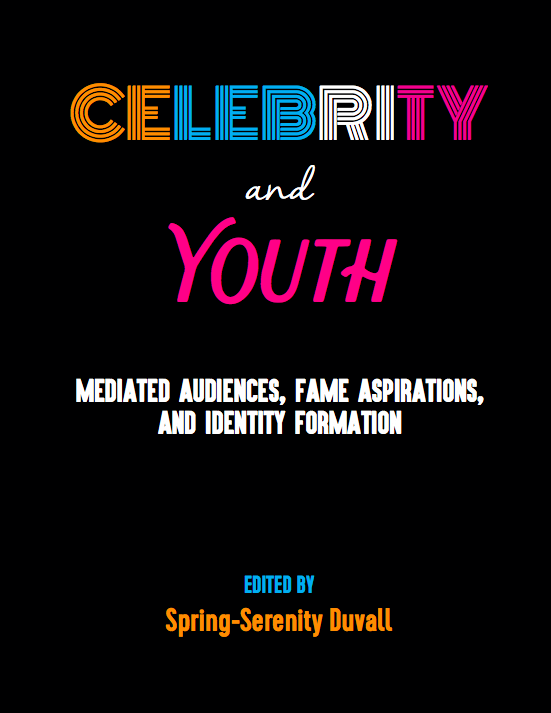 Celebrity and Youth: Mediated Audiences, Fame Aspirations, and Identity Formation makes an examination of contemporary celebrity culture with an emphasis on how young celebrities are manufactured, how fan communities are cultivated, and how young audiences consume and aspire to fame. This book foregrounds considerations of diversity within celebrity and fan cultures, and takes an international perspective on the production of stardom. Chapters include interviews with professional athletes in the United States about their experiences with stardom after coming out as gay, and interviews with young people in Europe about their consumption of celebrity and aspirations of achieving fame via social media. Other chapters include interviews with young Canadian women that illuminate the potential influence of famous feminists on audience political engagement, and critical analysis of media narratives about race, happiness, cultural appropriation, and popular feminisms. The current anthology brings together international scholarship to demonstrate the pervasive reach of global celebrity, as well as the commonality of youth experiences with celebrity in diverse cultural settings.

“Offering both intersectional and international perspectives on young people and contemporary celebrity culture, Celebrity & Youth is a rich contribution to the fields of celebrity studies, youth studies, and media studies. The chapters collected here are sure to expand our critical understanding of not only young celebrities but also how young people engage with fame as they explore, fashion, and perform their own identities.”

~ Mary Celeste Kearney, Director of Gender Studies and Associate Professor of Film, Television, and Theatre at the University of Notre Dame

“Celebrity and Youth is an outstanding contribution to the growing literature on how conceptions of youth play a central role in the production, circulation and reception of celebrity culture. Taking the reader through various interconnecting strands of analysis including the construction of young star images, the manufacture of youth as a desirable and desiring subjectivity, and the ebbing agency that is found within and across fan communities, this volume places young people at the heart of why and how celebrity matters. With fascinating case studies that take us from the schools of Flanders to the vlogs of Portuguese micro-celebrities, from the creativity of One Direction girl fan practices to the ‘come of age’ fans of Emma Watson, and from the colorblind politics of Kendall Jenner to the First Children status of the Obama daughters, we find the most brilliant forms of empirical, cultural, and contextual scholarship in interaction. Why do young people want to be famous? Read this excellent, timely volume for the complex answers we need.”

“Celebrity and Youth offers a much-needed interdisciplinary examination of the ways in which celebrity and its relationship to youth and identity are both understood and reconfigured in a digital age. This collection deftly illuminates how the construction and production of cultural identity is so influenced by celebrity. Duvall presents a wide range of essays which offer deeply insightful contemporary analyses of the perspectives of young people as they navigate an increasingly complex celebrity culture.”

By Ana Jorge and Thays Nunes

Chapter 7: Under Western (Girls’) Eyes: Cultural Appropriation and Feminism in the Celebrity Fashion of Kendall Jenner and Gigi Hadid

Chapter 9: Getting “Out of the Woods” and Coming “Clean”: Narrating Happiness in the Music and Celebrity of Taylor Swift